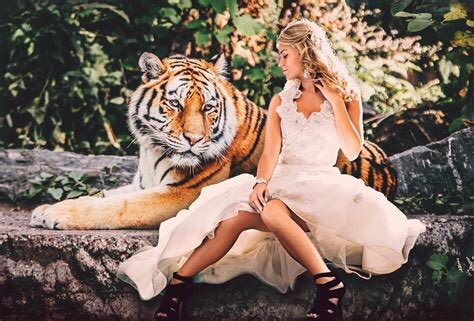 Write Winger@RealWriteWinger
10 janv.
After dropping my son off at piano class, I was sitting in the SUV with my daughter thinking about what we could talk about while we waited, and I remembered a tweet I read about different tiger subspecies, so I asked her, “You like tigers, right?”

So I pulled up the tweet with the picture and said, “Take a look at this. What do you see?”

“While they’re all from the tiger species, each is very unique to their specific part of the world. That’s called a subspecies.”

“It’s the same thing with people,” as I showed her the following picture. “Our people come from Europe, people like you and me. We are only about 10% of the world’s population, with our own unique characteristics, just like those different types of tigers.”

“True, but they’d lose what made them unique. They’d disappear eventually. Same thing is true with people.”

“Now, if one of those unique tiger subspecies didn’t exist anymore, could any of the others take its place?” I asked.

“No, they’re different types of tigers.”

“That’s right,” I said. “Without the different types of tigers being isolated to flourish in their own little parts of the world, they would lose what made them unique and special. Same thing is true of people. If one kind disappears, they’re gone forever.”

“So they’d go extinct, like the saber toothed tiger,” she said

“In a way, yes. Their unique subspecies wouldn’t exist anymore. Replaced is another way of saying it. But about the saber toothed tiger... how did they go extinct?”

I did a quick search to on the saber toothed tiger, “They went extinct during the Ice Age. See, the sun controls the temperature of the planet, and when it’s not as active, things get really really cold here.”

“Our people in Europe. Those who weren’t able to figure things out or think long term to survive the Ice Age died off. But the ones who did, survived, and that makes us who we are. Some think that’s why most inventions come from Europeans, & why you guys are always making things”

“That’s probably why. Unlike the saber toothed tiger, we lived because we figured things out, surviving for tens of thousands of years in a harsh environment, isolated and refined. What they survived and how is as unique to us as how we look.”

“Like the Sumatran tiger, how we look, how we think, what we do, how we do it, why we do it, all comes from that isolation. Your brother learning piano, you learning ballet, your eyes, hair, skin, face... those things came from Europeans.”

“I love ballet”, she said

“Those are the kinds of things that make us unique,” I pulled out my phone again, showing her a pic of our little family, “And that’s only a few reasons why we’re worth preserving, like the different types of tigers.”

After my son was finished with his lesson, my daughter said, “Me & daddy had a great conversation,” so on the drive home I got to tell it all over again, adding, “... in our own places of the world - Europe, US, Canada, Australia, New Zealand - otherwise we go extinct.”

I encourage all peoples of the world to rewrite this for your people and your countries, to celebrate your uniqueness and surround yourselves with it in your little part of the world. Diversity is not achieved by melting your uniqueness away in a pot.
à janvier 11, 2020