Alison, you said : "Prophet Mohammad himself refused to have sex with his six year old bride till she got her period at age nine. So, he wouldn’t suggest to have sex with girls who haven’t menstruated."
What is the source of what you said ? The sources I have only says he marries Aïcha when she was 6 and had sex with her at 9 although she was still playing with her doll, which means she has not had her first menstruations.

The legitimacy of "marrying" pre-pubescent girls who have not yet had their "monthly courses" is established both in the Quran and in the "perfect example" set by Muhammad for his Muslim followers.

The Quran:
Such of your women as have passed the age of monthly courses, for them the prescribed period, if ye have any doubts, is three months, and for those who have no courses (it is the same) (65 : 4)
The rule concerns divorce, which obviously implies marriage. Muhammad wanted believing men to observe a three month waiting period before evicting their wives, to make sure that they weren’t pregnant.

Lest there be any doubt by what he meant by “young,” Muhammad set the example by marrying and having sex with Aisha when she was only 9-years-old:

'A'isha (Allah be pleased with her) reported: “Allah's Messenger (may peace be upon him) married me when I was six years old, and I was admitted to his house at the age of nine.” (Sahih Muslim 3309) This is confirmed in many other hadith as well.

According to the most reliable traditions, Aisha brought her dolls to Muhammad’s house for play (Muslim 3341) and he would fondle the little girl in the tub while taking baths with her (Bukhari 6:298). Aisha was just a teenager by the time Muhammad died, but she had already spent over half her life in marriage to himEven worse for Muslims is that part of the Quran was actually "revealed" while Muhammad was in bed with this little girl:

[Muhammad said] "…the Divine Inspirations do not come to me on any of the beds except that of Aisha." (Bukhari 47 : 755)

Alison. If it makes you sick, you are not lost, you can still be freed from this sect.
It doesn't bother me that some old bastards from the middle ages used to marry young girls. Lots of people did this and we can not change what has been done. This is the past. But it does bother me that millions, billions of men and women worship one of these ancient paedophiles as the perfect man, the example to imitate in their life.

Do you know the legal age of marriage in muslim countries in 2017 ?

Do you know how many girls are suffering because of this "religion" ?

Millions of girls and women in the world where charia law is implemented are being treated like dogs or half-slaves by their father, their brothers, their husband. If they open their mouth to disagree, they are fiercely beaten. They have only the right to do as their husband or their male parents command. If they resist, they are hitten and struck, and if they try to escape or have the silly idea to speak to a stranger, this is honour killing.

So wake up and stop helping the muslims to expand their silly faith with your example !
It's very hard to make them quit this sect. If they see examples of occidental who convert, it will maintain them in the idea that their religion is great.

Saudi wives can be not only pre-pubescent, but even babies, because Saudi Arabia has no minimum marriage age at all

While Sharia law courts have created a lot of controversy in Britain, they would be even more controversial if people found out that Sharia has led to the legalisation of child marriage in 6 countries. As the vast majority of people seem to be unaware of Sharia's child marriage dimension, this article only uses mainstream media articles, the UN, a major opinion poll company's Sharia law polling data, and the early biographer of Mohammed who Muslims say is the most reliable, and who states unequivocally that that Mohammed married one of his wives, 'Aisha, when she was a child as its sources.

For example, this 2008 "Times" article about forced child marriages in Nigeria, reveals that there is "fierce resistance" in its mostly Muslim states to a ban on child marriage, because they see such a ban as contrary to Sharia, which is why only one of them has agreed to a modified form of the ban (which outlaws marriage to pre-pubescent girls):

So why do Nigerian Islamists support child marriage?

Sharia is based on "The Koran", and the "Sunnah" (the words and deeds of Mohammed), and according to Sahih al-Bukhari, who is regarded by Muslims as the most reliable early biographer of their prophet, the founder of Islam married one of his wives, 'Aisha, when she was 6, and consummated that marriage when she was 9, as volume 7, book 62, number 64 of this University of Southern California Center for Muslim-Jewish Engagement translation of Al-Bukhari reveals:

These 4 BBC News, "New York Times", UN, and "Wall Street Journal" articles mention Islamists in Yemen, Niger, and Saudi Arabia who say that Mohammed's child bride is the reason why they are in favour of child marriage:

The "Views of harsh punishments" section of this 2010 Pew Research poll, revealed that most Muslims in Nigeria support 3 grotesque, and extremely violent Sharia punishments (stoning adulterers to death, cutting off the hands of thieves, and executing people who abandon their Muslim faith), and that Muslims in Pakistan, Jordan, and Egypt are even more strongly in favour of those 3 punishments, so it is not surprising that, for the same obvious Sharia reason, grotesque child marriages are legal in 4 other mostly Muslim nations, and were until recently legal in another mostly Muslim country:
http://pewglobal.org/2010/12/02/muslims-around-the-world-divided-on-hamas-and-hezbollah/

Saudi Arabian law is based entirely on the harshest of the 3 Sunni schools of Sharia jurisprudence (the "Hanbali"), so it is no surprise that as this 2010 "San Francisco Chronicle" article explains, child marriage is still legal in that country, although the Saudi justice minister said in 2009 that the minimum marriage age should be raised to 18:
http://www.sfgate.com/cgi-bin/article.cgi?f=/c/a/2010/03/13/IN5D1CD71L.DTL

Saudi wives can be not only pre-pubescent, but even babies, because Saudi Arabia has no minimum marriage age at all, as this 2008 Associated Press article reveals:
http://www.msnbc.msn.com/id/26042107/ns/world_news-mideast/n_africa/

That article quotes Saudi marriage official Ahmad al-Muabi's opinion that fathers can legally sell their 1 year old daughters to husbands if they wish.

Moreover, once a Saudi girl or baby has been sold to a husband, she can then find it difficult to divorce him, as the just cited "San Francisco Chronicle" article pointed out that a Saudi court would not allow an 8 year old girl to divorce her middle aged husband.

In another case which this BBC News story discusses, a 12 year old Saudi girl asked for a divorce from the 80 year old husband she had been sold to, after he allegedly raped her, but she then dropped the divorce case, because her father wanted her to stay married:
http://news.bbc.co.uk/1/hi/8493402.stm

Nor is it a surprise that in Islamist run Northern Sudan, 10 year old girls can legally be sold to a husband by their fathers, as this 2010 "New Republic" magazine article shows:
http://www.tnr.com/article/world/78104/child-bride-in-sudan

People tend to think of Turkey as a relatively secular Muslim country, but the "San Francisco Chronicle" article about Saudi Arabian child marriage which I cited a moment ago, also mentions the fact that Turkey's Islamist government reduced the minimum marriage to 12 in 2009. The result of that law change, was of course the legalisation of forced child marriages, which is why this Turkish newspaper article discusses the case of a Syrian 12 year old girl whose family sold her to a middle aged Turkish husband, who then raped her and forced her to take drugs, which led to Turkish police having to rescue her after her Syrian family complained:
http://www.hurriyetdailynews.com/n.php?n=12-year-old-bride-rescused-by-police-from-abuse-2010-03-17

There has also been controversy over child marriages in Yemen in recent years, but because of Islamist opposition to outlawing them, they are still legal, which is why a 2009 ban on them was overturned after just 1 day:
http://www.yementimes.com/defaultdet.aspx?SUB_ID=33771

Yemen's child brides can be sold to men when they are as young as 8:
http://www.nytimes.com/2008/06/29/world/middleeast/29marriage.html?pagewanted=all

Moreover, in Iran, where the minimum marriage age is now 16 for women and 18 for men, Sharia law recently led to the age of consent for girls being 9 within marriage, as this 2006 BBC article about a 16 year old Iranian woman who was executed for having sex outside marriage explains:
http://news.bbc.co.uk/1/hi/5217424.stm

Finally, even when child marriage is illegal in mostly Muslim countries, Islamists often simply ignore the law. For example, child marriage is illegal in Afghanistan, but this 2011 "Time" magazine article about Afghan wives being jailed for fleeing violent husbands, points out that, "Nationwide, more than half of all girls are married before they turn 15, usually to settle disputes.":
http://www.time.com/time/world/article/0,8599,2039564,00.html

This "New York Times" article about Afghan child marriages discusses an 11 year old girl who was sold to a 40 year old man:
http://www.nytimes.com/2006/07/09/magazine/09BRI.html

So will Britain's Sharia courts lead to Britain's Islamists ignoring British democratic law by selling young girls to men? After all, as this 2011 article points out, polygamy, which like selling girls to men is a product of an extremely male dominated Sharia culture in which males have a far higher status than females, is already widespread in Britain, despite the fact that polygamy is illegal under British democratic law: 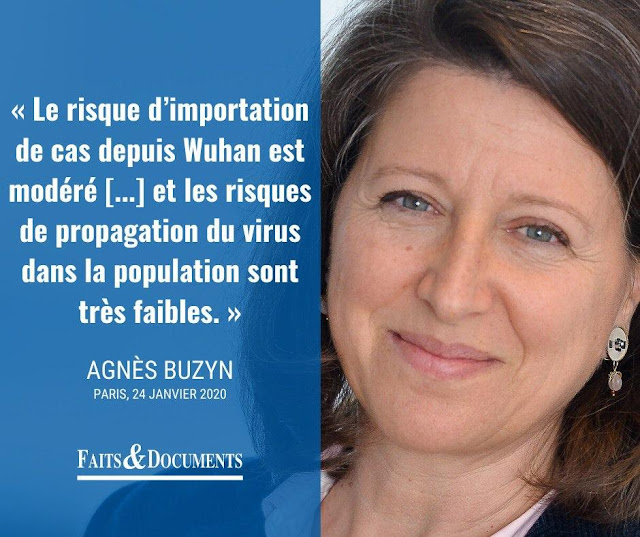